within a 20 mile radius of Colchester, Essex, England

This site was created to display information discovered during research for a project about local Auxiliary Hospitals, which was begun ahead of a WW1 / First World War Centenary exhibition held by ‘Lexden History Group’ in September 2014.   Locations include a handful from South Suffolk – which are, also, within the 20 mile radius of Colchester in North Essex.

This is an on-going project and information will be continually added, slowly but surely.   Initially, the chapters were published with only the 2013/14 researched information but, gradually, more discovered volunteers and staff are being added.  All contributions will be welcomed.

There are many interesting photographs in every chapter and enlightening (I hope) anecdotes associated with some of them.

Linked to this site is one relating to a photograph in the author’s possession entitled ‘Staff, General Military Hospital, Colchester, July 1918’.  It is an attempt to share all that has been discovered about the photograph: https://militaryhospitalcolchester1918.wordpress.com/

Many people have helped me with my research and, in return, I am more than happy to help others who wish to use any details as an educational or private resource – this is the purpose of this website … to share. If anyone thinks something is worth copying, I hope I am worthy of being credited.  I shall be pleased to help, if asked.

However, please appreciate the fact that some images placed on this website belong to others and are labelled accordingly.  Out of respect and legality, permission to use any of these should be sought from the respective individuals or institutions – contact details can be provided. 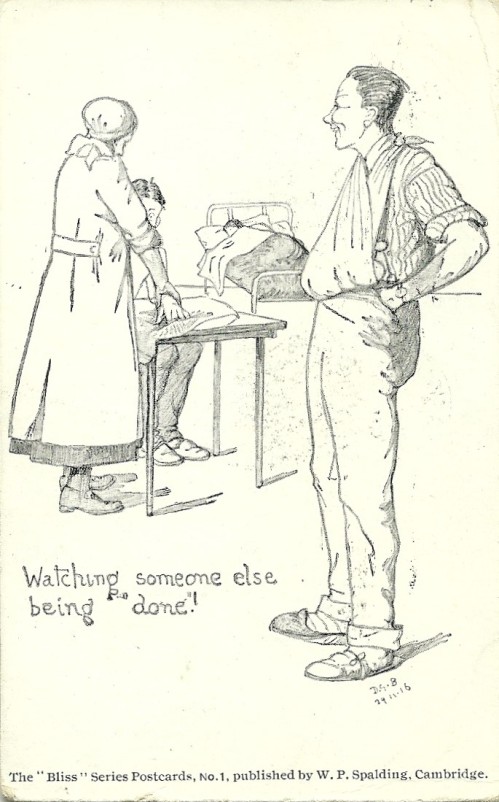 DEDICATIONS TO NURSES AND VADs AT LOCHNAGAR CRATER 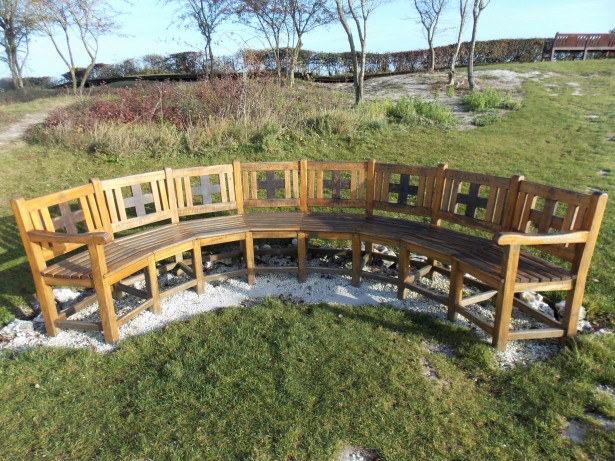 Above: this commemorative seat is located at the Lochnagar Crater at La Boisselle, Somme, France.  It has been dedicated to all nurses and VADs who served during the First World War. It holds inscriptions in both English and French [sic]: 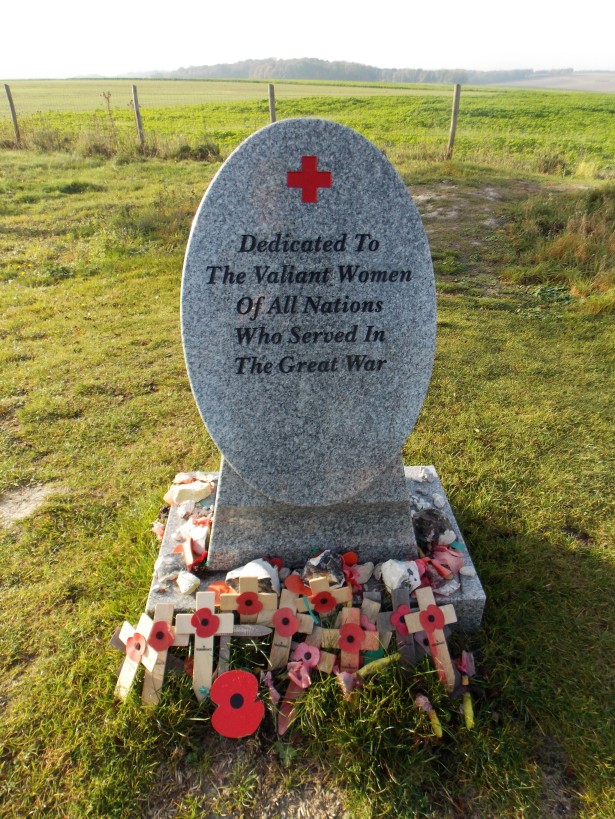 Lochnagar Crater is a privately owned site – the site is free of charge to visit and is open to visitors throughout the year.   The maintenance of the site is carried out by volunteers who give up time and money – solely to promote the significance of the site and educate visitors about it and the First World War in general.  Learn more about the site here: http://www.lochnagarcrater.org/index.html

This patriotic “Wait and See!” postcard (postally franked on Saturday, 10 April 1915) gives a glimpse into a Colchester love story.  It was sent from William John New, to Alice Louisa Cambrook, whilst Alice was working as a Domestic Servant at 21 The Avenue, Lexden Road, Colchester.

William’s message reads:  “Dear Alice  just a line to let you know that we Parade for Church at a quarter to nine so we shall be out before ten  if I cannot get out will you come right up   yours, William”

Alice war born on 27 December 1891, in Putney, London.  Her father was Coggeshall-born Builder’s Labourer George Cambrook and her mother was Great Horkesley-born Laura (nee Dobson).    In the 1901 Census, Alice was living with her family, in Putney.   However, both her parents died early the next year and it appears (given evidence) the ten year old Alice was brought to Essex to be looked after by her maternal grandmother Jane and spinster Aunt Alice Dobson, living at Great Horkesley.

In the 1911 Census, Alice was Domestic Housemaid for Arthur Piper (Linen Draper Manager) and his family and, interestingly, two of William’s sisters were working with her – Maud New was also a Housemaid and he sister Ellen was the cook.   It doesn’t take much imagination to conjure up the scenario of Ellen and Maud introducing Alice to their “Nurseryman” brother J

William served during the First World War and survived it – together, William and Alice had one son and one daughter.  When the 1939 Register was taken in the September of that year, William and Alice were found living at 1 North View Cottages, Coach Road in Great Horkesley, nr Colchester.

In September 1939, the Second World War had just begun and the entry shows that William had swapped his “Usual Occupation” of “Nurseryman’s Foreman” for that of “Full Time, Observer” for the “Air Ministry Observer Corps Group 18”.    Once again, it was a question of “Wait and See”!!